Remember and research the terrorist attacks on September 11, 2001 and the events that followed.

If you're unfamiliar with archival research, take a look at our How to Use the Archives resource guide to get started. Or contact UBalt Special Collections & Archives to set up a research appointment.

In addition to the student publication from UB Special Collections & Archives, be sure to scroll down and visit the digital collections, projects, and exhibits from the Library of Congress and others.

If you are interested in visiting the memorial, go to Gordon Plaza on the campus of The University of Baltimore. If you are facing the Edgar Allan Poe Statue, the 9/11 Memorial Garden is to the left.

The September 11, 2001, Documentary Project from the Library of Congress, captures the reactions, eyewitness accounts, and diverse opinions of Americans and others in the months that followed the terrorist attacks on the World Trade Center, the Pentagon, and United Airlines Flight 93.

The Veterans History Project at the Library of Congress preserves the histories and first-hand accounts of U.S. military veterans from World War I through the current day. Their online exhibit created in 2021, Experiencing War: Twenty Years of Service Post 9/11 Veterans, highlights the stories, oral history interviews, photographs, art, and other artifacts from post-9/11 War Veterans. You can learn more about this project with the Library of Congress Blog. Also be sure to check out the Library of Congress Research Guide: Post-9/11 Service and the War on Terror: A Guide to Photo Collections in the Veterans History Project.

The September 11 Digital Archive, created by the Roy Rosenzweig Center for History and New Media, collected, preserves, and presents the history of September 11, 2001 and its aftermath through electronic media formats. The Archive contains more than 150,000 digital items, including more than 40,000 emails and other electronic communications, more than 40,000 first-hand stories and accounts of the events, and more than 15,000 digital images. In September 2003, the Library of Congress accepted the Archive into its collections.

September 11, 2001: Attack on America are a collection of documents from September 11, 2001 and after including official memos, statements, and proclamations from government entities and news organizations. This resource was created by the Law School Lillian Goldman Law Library's The Avalon Project: Documents in Law, History, and Diplomacy which includes extensive document collections regarding diplomacy and legal events throughout history. 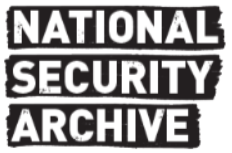 Understanding 9/11: A Television News Archive
The 9/11 Television News Archive is a collections of television news coverage of the events of 9/11/2001 and their aftermath as presented by U.S. and international news broadcasters. It is a resource for scholars, journalists, and the public; it presents one week of news broadcasts for study, research and analysis. This site will also include an online event on Sept. 9, 2021, in the form of an online webinar, Reflecting on 9/11: Twenty Years of Archived TV News in which participants will discuss the importance of archived television as a source for understanding history.