Source Normalized Impact per Paper (SNIP) measures contextual citation impact by weighting citations based on the total number of citations in a subject field. The impact of a single citation is given higher value in subject areas where citations are less likely, and vice versa.  Unlike the well-known journal impact factor, SNIP corrects for differences in citation practices between scientific fields, thereby allowing for more accurate between-field comparisons of citation impact. CWTS Journal Indicators also provides stability intervals that indicate the reliability of the SNIP value of a journal.

SNIP was created by Professor Henk F. Moed at Centre for Science and Technology Studies (CWTS), University of Leiden.

SNIP was revised in 2012 to include these indicators:

The main differences between the indicators provided by CWTS Journal Indicators, in particular the RIP and SNIP indicators, and the journal impact factor (JIF) can be summarized as follows:

SNIP is just one type of measure created by Moed and his team.

Look in this PDF for the descriptions of the types of data represented in the Centre for Science and Technology Studies (CWTS) Journal Indicators at Leiden University.

Example of a Source Normalized Impact per Paper (SNIP) Search

To compare journals in a specific subject field, follow the steps:

3. Make your selections from the drop down menus. In this search, the SNIP Indicators for journals in Psychology are shown below. 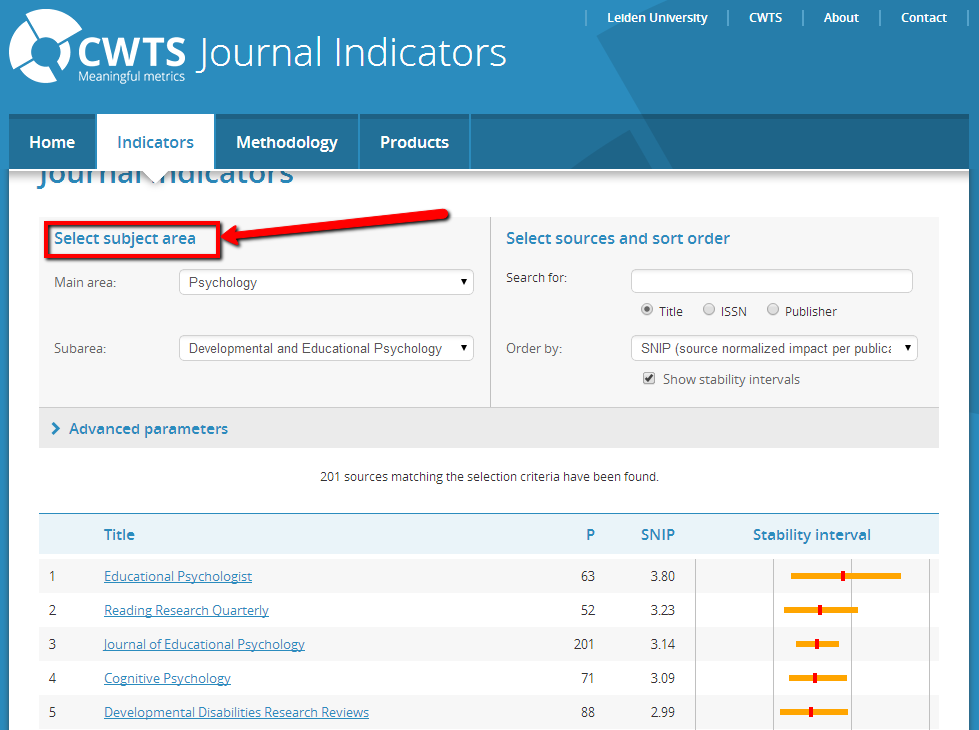